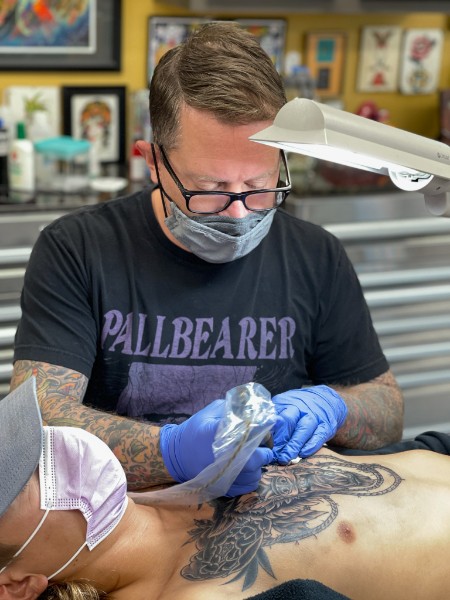 Josh is from Little Rock Arkansas. He has been an artist since an early age when he was taught the basics of drawing and painting by his grandmother. He continued his pursuit of art throughout high school and into college. He majored in art at the University of Arkansas at Little Rock with an emphasis in ceramics and printmaking. After college Josh went on to become a Textile Designer for several major retailers and was also a freelance designer.
In 2009 Josh became a Tattooer.

He is happy to tattoo in almost any style but prefers to stay close to the American traditional, neo- traditional and Japanese influenced styles. Outside of the tattoo shop you’ll find Josh painting, printmaking, gardening, spending time with his wife and two sons and playing with his dog.

To inquire about booking with one of our artists, please click the button below and use our Contact form. We’ll review your submission and reply to you if requested.